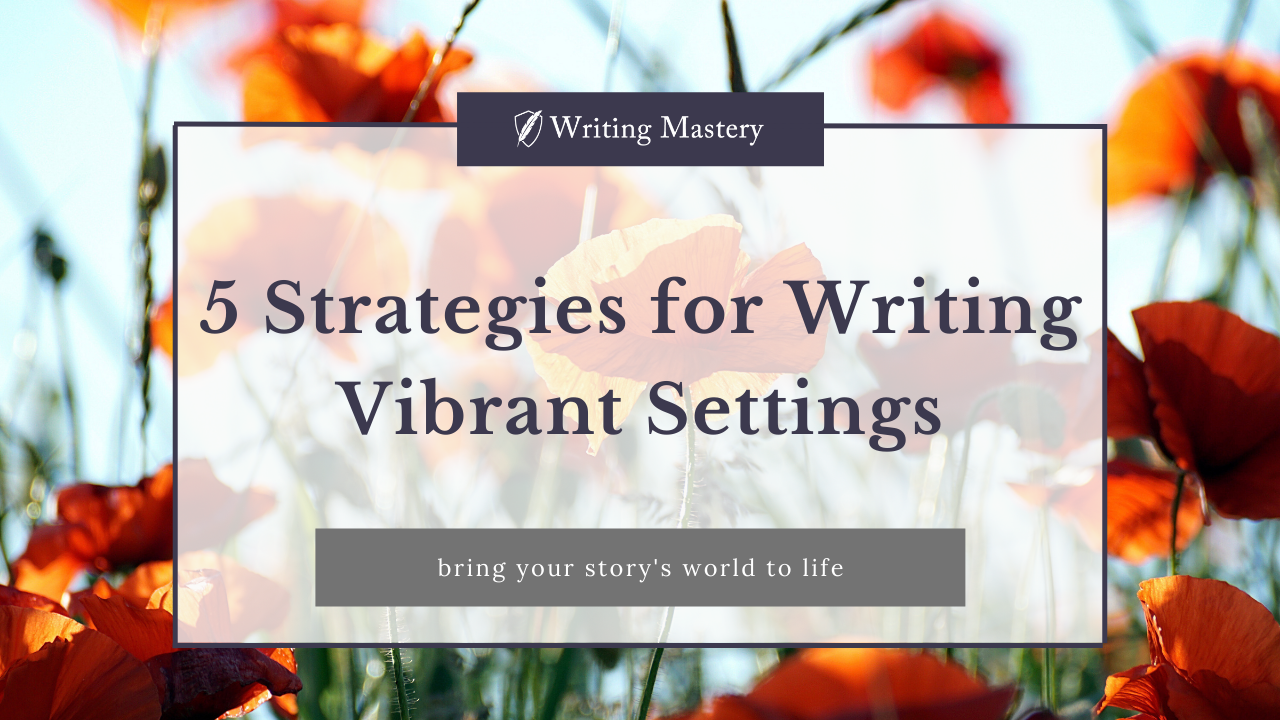 When crafting a story, we usually focus on our characters and how they evolve as they grow and change throughout our carefully crafted plots. The setting can be overlooked (with no sense of the story's world) or overcooked (when it feels like you’re reading a travel guide instead of a novel!)

Both overlooked and overcooked settings will reduce your story world into a dull, lifeless place that could result in your reader skipping paragraphs, pages, or even your whole story.

Balancing setting with plot and character might seem difficult at first. Too little of it (also called "white-room syndrome") might leave your reader starved for more, but too much can make it impossible to see the forest for the trees. So how do you get it right? How can you use setting to ramp up the tension and make it feel like an integral part of your story?

Using setting in a smart way can help you avoid white-room syndrome and provide you with hooks to heighten the conflict and reveal your character’s backstory without the dreaded infodump.

Use setting as an obstacle to heighten your story’s conflict

The natural elements of your setting can be a worthy antagonist in your story because it’s something that your hero can neither change nor avoid. As if their lives weren’t hard enough as it is!

A gothic horror novel like Dracula wouldn’t have worked in a tropical setting. The creepy Castle Dracula adds to the scary vibe of the story, and because it’s so remote, so far away from everything and everyone he knows, Jonathan Harker has no way of escaping.

In Adrianna Anders’s romantic suspense novel Whiteout, the hero and heroine have to flee the bad guys in arctic conditions to get to Volkov Station—a 321-mile trip crossing the South Pole they have to travel most of by foot!

Think of whose story you're telling and how the setting can create conflict. For Jonathan Harker, the remote castle leaves him to the mercy of a monster. However, in a story where Count Dracula is the hero, a tropical setting might be the way to go as it will provide the highest stakes: all that sunlight could burn him to a crisp in an instant!

Use setting to reveal your characters’ backstory

When your hero enters a setting, it’s best to describe only what would make sense for them to notice rather than everything they see in the room. What they’ll see is related to their preferences and their backstory. If your character grew up dirt poor, when entering a castle, they may notice all the glitz and glamour surrounding them. For example, they might look at a vase and realize that the worth of that little piece of clay alone is enough to pay their village’s rent for a whole year.

In Leigh Bardugo’s Ninth House, when Alex Stern, the sole survivor of a horrific homicide, goes to Yale on a full scholarship she earned from her ability to see ghosts, she feels like a fish out of water. This is made abundantly clear in the first chapter of the book, in which hearing a certain piece of music from the other room triggers Alex’s memory of her life before Yale:

Scarface, Alex realized as the music swelled and a chorus of rowdy voices … chanting along like it was Rocky Horror. She must have seen Scarface a hundred times. It was one of Len’s favorites. He was predictable that way, loved everything hard—as if he’d mailed away for a How to Be Gangster kit. When they’d met Hellie near the Venice boardwalk, her golden hair like a parted curtain for the theater of her big blue eyes, Alex had thought instantly of Michelle Pfeiffer in her satin shift. All she’d been missing was the smooth sheaf of bangs. But Alex didn’t want to think about Hellie tonight, not with the stink of blood in the air. Len and Hellie were her old life. They didn’t belong at Yale. Then again, neither did Alex.

The whole scene is richly drawn with a setting that actively engages our senses and curiosity!

Evoke the senses to breathe life into your story

When setting the scene, jot down a few quick notes of the things your character might notice when they enter a place. Triggering all the senses (sight, sound, smell, touch, and taste) will make it easy for your reader to be transported to your story world the minute they start reading. The smell of decaying food on the countertop. Sunlight filtering in through the windows causing a pleasant atmosphere or suffocating heat. A cat striking past her legs, causing her to sneeze because of her allergies.

She sat up, quilts wrapped around her [TOUCH], and the morning light emphasized the dirty cabin that surrounded her [SIGHT]. The sound of chirping birds [SOUND] brought her to her feet and to the cabin’s front door. She opened it and greeted a morning that was bright and clear. She stepped out onto the porch, still wrapped in her quilts, and looked up—the pines, firs and ponderosa were so tall in daylight—rising fifty to sixty feet above the cabin, some considerably taller. They were still dripping from a rain that had washed them clean [SIGHT, BUT ALSO INDIRECTLY SMELL].

You don’t have to be your reader’s tour guide and describe everything to see, hear, feel, and smell, but you do want to give them enough detail to form a mental picture.

Use a naïf to introduce your story world

It’s not a coincidence that in many fantasy and science-fiction stories, the protagonist is someone who is as new to your story world as your reader. Harry Potter has no idea magic exists until Hagrid shows up. And even though Katniss knew about the outrageousness of Panem’s Capitol, to experience it firsthand when she gets off that train is something different altogether. The bright and bold colors of the Capitol sharply contrast with the gloomy fact that the odds aren’t in Katniss’s favor to leave this place alive.

Using a naïf can help you introduce the world to your protagonist at the same time as your reader, but don’t overdo it, especially not in the beginning. Discovery is all part of the fun of entering a new world—well, it is for your reader. Katniss might beg to differ. 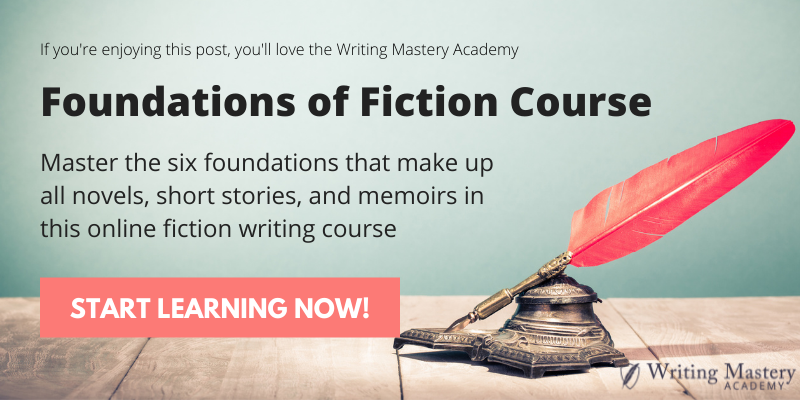 Give your setting a character arc of its own

If you want to go all out, you can give your setting a complete arc of its own! Whatever your hero does or fails to do is bound to impact where they live, so as your hero changes, so does their world.

At the end of Mockingjay, the third installment in the Hunger Games trilogy, Panem is a different country than it was at the beginning. And it’s all because of Katniss and her fellow rebels.

When writing their System Divine trilogy, authors Jessica Brody and Joanne Rendell developed a complete beat sheet (transformation map) for each of their three protagonists and Laterre, the planet on which the story takes place, so they could track how the story changes both the characters and the setting.

Approaching your setting as a separate "character" in your story can be especially helpful if you have multiple protagonists, and the story's world is what unifies them. But even if that isn’t the case, it’s still a good idea to think about how your character’s everyday world at the beginning differs from the one they inhabit at the end. If the story ends on a positive note, the setting—whether it’s a far-away planet, a small beach-side village on the English coast, or an office building in New York City—is bound to be a brighter place than what it was in your story’s first chapter.

Using these five strategies will elevate your story out of the “white room” and into a memorable setting that transports your reader from their comfortable chair straight into the realms of your fictional world!